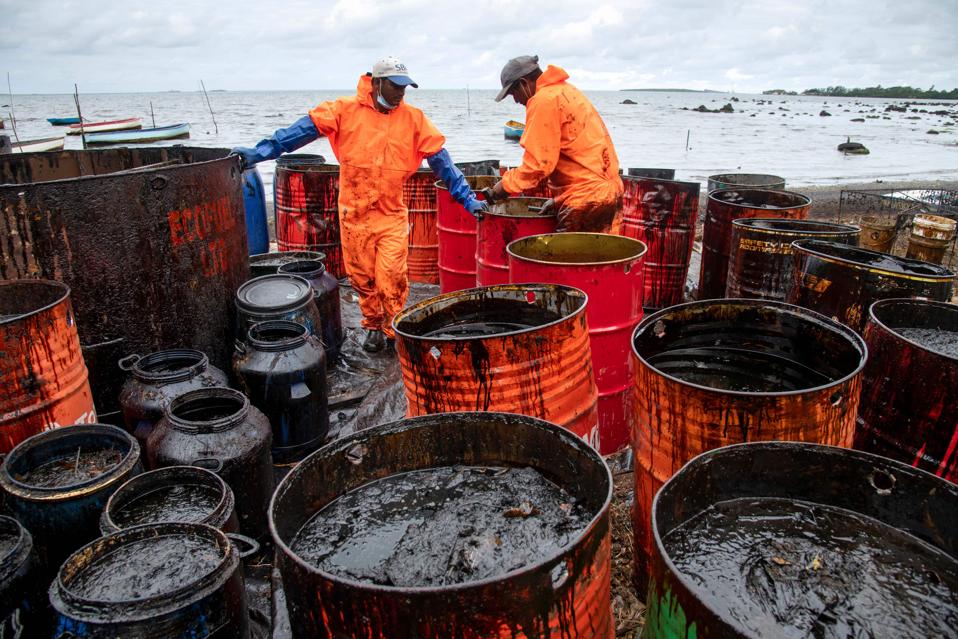 BP issued a statement on Tuesday, admitting for the first time that it supplied the oil used in the Wakashio, saying, “On 14 July, BP in Singapore supplied fuel oil to the bulk carrier Wakashio. The fuel was sold to Mitsui OSK Ltd (MOL), the charterer of the vessel.”

However, it denied responsibility for the oil spill, saying “BP absolutely rejects the baseless allegations and insinuations contained in this article,” referring to an article published in Forbes on January 6.

At the center of the controversy is the fact that BP has still not supplied a sample of the experimental ship oil that was used on the giant Japanese bulk carrier, one of the largest ships in the ocean, to the scientists who were requested by the Mauritian Government to conduct an analysis of the oil. On September 30, Mauritius’ Ministry of Environment revealed it had requested an independent analysis of the ship fuel be conducted through Australia’s Maritime Agency, AMSA. A spokesperson for AMSA confirmed in January that BP had still not supplied it with a sample of the VLSFO ship fuel almost six months since the oil spill in August when the request was officially made.

BP has not provided an explanation why it did not provide a sample to Australia’s AMSA when requested in August, nor why it continues to hold out.

Thousands of Mauritians had been exposed to BP’s fuel and are now showing serious health effects. Understanding what chemicals were used in the fuel is crucial to help the impacted communities with the medical treatment they need. It is also critical to address the serious environmental consequences of the oil, which was released into a network of highly protected nature reserves, containing some of the world’s rarest species.

The Wakashio ran aground on the coral reefs of Mauritius in August last year, carrying over 1 million gallons of BP’s experimental ship oil, that has been described as a ‘super-pollutant’ by environmental groups. Around a third of this oil was spilled into Mauritius’ lagoons.

An investigation published in Forbes on December 21 revealed the type of fuel supplied by BP was the highly toxic experimental type of ship oil called Very Low Sulfur Fuel Oil (VLSFO), that was known to cause ship engine problems around the world, and emits higher amounts of harmful carbon dioxide. It had been rushed through regulatory approval by the UN shipping regulator in January 2020, after several years of controversy.

The way that the fuel is blended together has created particular risks for ships around the world. It is for this reason that it is critical to have an original sample of the oil to understand the precise chemical composition and risks that this oil poses to nature, humans, ships and the marine environment. Until now, BP has refused to provide a sample of the oil to any of the authorities that the Mauritian Government had appointed to support its investigation into the oil spill.

BP has also refused to respond to questions about the whereabouts of its samples when approached by Forbes on October 12 and January 6, and instead posted its response on Twitter.